WHY TO CHOOSE US

The mission of the company is to develop cellular-based therapies for unmet medical needs and provide doctors with autologous stem cells being capable to repair and regenerate injured/diseased tissue.

T hese therapies are based on the discovery and elucidation of the mechanism of self-renewal in human adult stem cells, a crucial task in stem cells biology, established by Dr. Becker-Kojić and granted with diverse patents (Europe, USA, Japan). As a source, ACA method for the generation of self-renewing cells, apply exclusively a mononuclear cells isolated from peripheral blood (PBMNCs).

T he advantages of using ACA method are manifold. There is no need for toxic regiment in treating the patients like in leukapheresis, a common practice in transplantation medicine, no need for selection of CD34 positive cells and collection of a large amount of cells prior amplification with cytotoxic drugs, no immunological problems of graft-versus-host disease. The source of stem cells is strictly autologous, easily accessible practically infinite steady-state peripheral blood, ex vivo manipulation straightforward. The same signalling pathway(s) induced upon ACA activation by its crosslinking leading to generation of HSCs, induces sustained de-differentiation of blood progenitor cells and generation of pluripotent stem cells. As it is the case for all adult stem cells, ACA-PSC do not form premature tumors (teratoma), a characteristic of embryonic (ES) or induced pluripotent stem cells (iPSCs), but differentiate in vitro and in vivo into cell types of all three germ layers. A greatest advantage of ACA pluripotent stem cells is that they are capable to differentiate in situ due to signals of surrounding tissue, eliminating the need for in vitro differentiation of appropriate cell type capable of restoring the damage. It is believed that ACA signalling mechanism might be responsible for replenishing the human body with stem cells having appropriate differentiation potential needed for homeostasis or in the case of injury and therefore ACA method for generating cells for the purpose of cell replacement therapy is highly likely to be a breakthrough in human therapeutics. 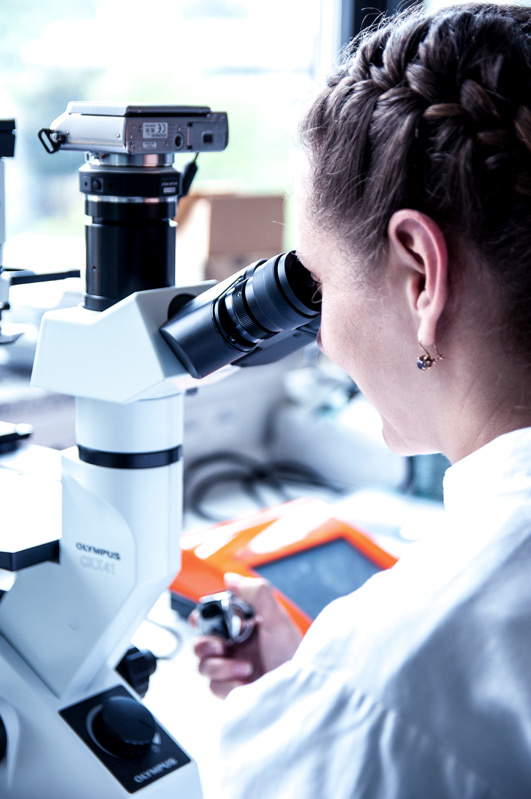 I n respect of ACA protein and its activation by means of crosslinking with ACA specific antibody, it is all about the process, and not only the isolation of the numbers of HSCs from strictly limited allogeneic sources. A human GPI-linked glycoprotein ACA induces via PI3K/ Akt/ mTor/ PTEN a process that promote self-renewal in human blood progenitor cells leading to generation of self-renewing human early progenitor cells, haematopoietic stem (HSC), and side population (SP) cells. In addition, promoting self-renewal in adult progenitor cells by activating ACA induces pluripotency in these cells and leads to generation of pluripotent stem (PS) cells capable of in vitro as well as in vivodifferentiation in all three germ-layers.

T he process of de-differentiation induced by ACA, starting from blood progenitor cells with more mature phenotype towards the cells with the most primitive phenotype e. g. pluripotent stem cells follows exactly the opposite way of that known for differentiation of these cells. At all stages of de-differentiation, ACA-generated stem cells (ACA-SC) have a certain differentiation potential, the more primitive the pheno- and genotype, the greater the differentiation potential. Therefore, the generation of ACA early progenitor, ACA-HSC, ACA- SP and ACA-PSC are different steps along a continuum, representing a process initiated through ACA signalling mechanisms. ACA-generated hematopoietic stem cells retained their complete lymph-myeloid repopulating potential in NOD/SCID mouse xeno-transplantation model with long term functional capacity. Moreover, ACA stem cells produce T-cell progeny in blood, bone marrow and spleen of engrafted animals, often failed by transplantation methods available in the clinical praxis and could be pivotal for preventing delayed immune recognition and associated risk of infection and tumoural complications after transplantation. 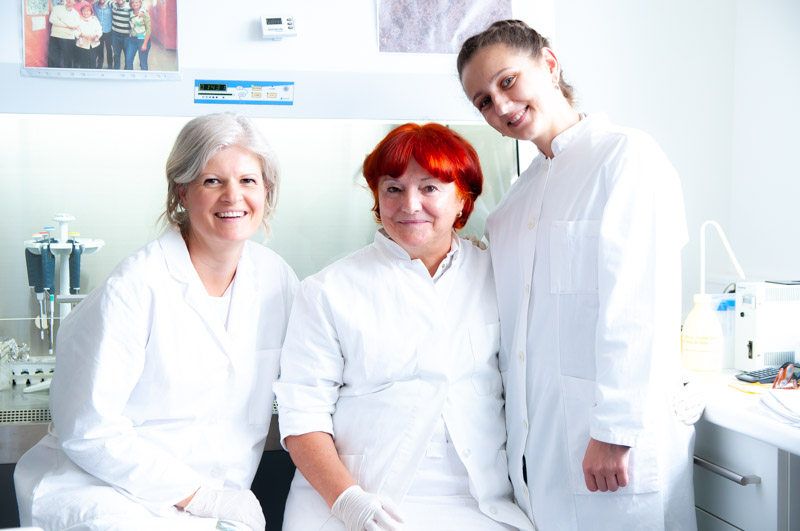